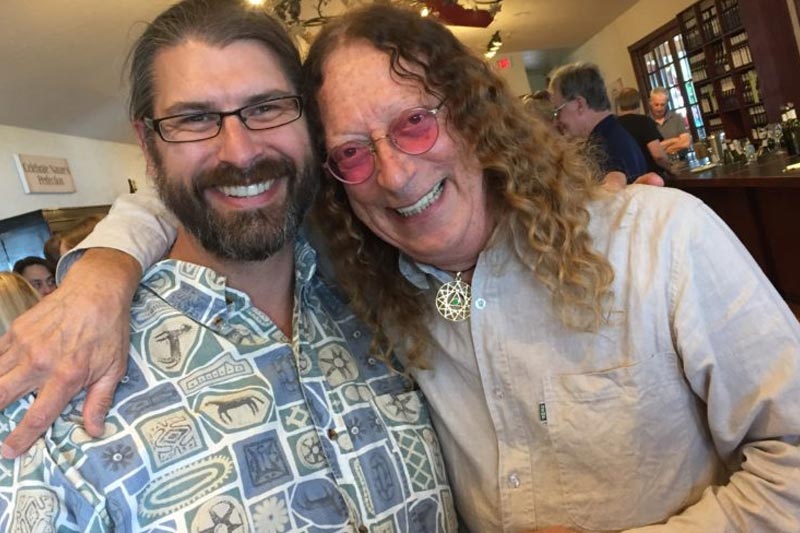 Summerhill is one of the most popular and well-established wineries in the Okanagan, and a favourite of Roots & Vines Tour Co.!

History of Summerhill Pyramid Winery
Stephen Cipes moved to the Okanagan to search for cleaner, more sustainable life. He bought the property and opened in 1986 and, from its very outset, Stephen and his team have been dedicated to espousing the values of organic production, both in the vineyards and in the wine shop. The Lakeshore Rd. property contains the wine shop, the production facility, vineyards, a heritage building, a vegetable-and-herb garden and the popular winery restaurant Sunset Organic Bistro.

Organic Vision
Stephen Cipes Organic Vision: wine tour and wine tasting at Summerhill Pyramid Winery
When Cipes first started production, he had a personal conviction about keeping toxic agricultural chemicals away from his family and his business, and so he started the process to convert the property to organic certification. At the time, organic agriculture wasn’t nearly as en vogue as it is today, and he encountered resistance from staff and other critics who didn’t view organic production as a feasible option, much less a lucrative one.

In 2008, Summerhill, which gets 80 percent of its grapes from organic vineyards, became the first winery in British Columbia to achieve organic certification for the winery. This certification is issued by the Pacific Agricultural Certification Society of Vernon, and is recognized in the U.S., as well as in Canada.
Summerhill is also a biodynamic winery, and received the Demeter Biodynamic certification in 2012. This is taking the organic practice even further, by incorporating permaculture (designing land use to mimic natural ecologies) and wildcrafting. Biodynamics, in their pursuit of holistic methods, can also take on a metaphysical element, in recognizing the interconnectedness of humans and the natural world, and our symbiosis with earth.

The Pyramid
Summerhill Pyramid Winery, Lakeshore Wine RouteOne of the most unique features of Summerhill besides its biodynamic philosophy is the Pyramid which the winery references in its name. The Pyramid is a beautiful attraction: a white-concrete structure that towers over the wine shop. It is also used in production; all wine that Summerhilll produces spends time cellaring beneath the pyramid. Stephen believed strongly in the power of the pyramid, whose design draws heavily on sacred geometry and numerology, to enhance the wine itself and to act as a lightning rod of spiritual energy. The pyramid is precisely constructed and oriented to “true north,” and no metals were used in construction in order to avoid the pyramid reverting back to “magnetic north.” Allegedly, the wine is clarified and aligned on a molecular level, as well as humans, who are predominantly composed of water; those who venture into the pyramid to explore or meditate are also clarified in their being. Now, I can’t say I understand all the spirituality and science behind these lofty claims, but I do find it very intriguing. At the very most, it is groundbreaking spirituality at work in organic wine production, at the least is it beautiful architecture and good marketing, but one thing is for sure: the Pyramid will draw you in if you visit Summerhill.

Summerhill Pyramid Winery Today
Summerhill Pyramid Winery continues to operates with an eye on bothecological footprint and place-consciousness, as one of Kelowna’s most popular winery destinations. Along with being the largest producer of sparkling wine and ice wine in British Columbia, it is the most-trafficked winery in Canada and home to the most awarded wine in Canada: Summerhill’s flagship wine, Cipes Brut. Summerhill lies along the Lakeshore Wine Route, which includes excellent company such as Cedar Creek Estate Winery, St. Hubertus & Oak Bay Estate Winery, Tantalus Vineyards, and Sperling Vineyards.

Summerhill’s Winery Restaurant: Sunset Bistro
In addition to its wine shop experience, Summerhill also boasts a popular on-site winery restaurant called Sunset Bistro, which features artisan pizzas, charcuterie, and of course, an extensive wine list. Their menu has many vegan options, so anyone in search of a vegan-friendly winery restaurant should definitely consider Sunset.

Our Experience at Summerhill
At Roots & Vines, we hold a high opinion of Summerhill, and are very happy to partner with them on a daily basis in the Okanagan wine industry as part of our Lakeshore Wine Route. Stephen and his family are entrepreneurs, musicians, and strong sustainability activists in Kelowna. It’s always a pleasure to bump into them at the winery!

Not only that, but the Summerhill staff are fantastic and knowledgeable, the wine is excellent, and we always feel welcome.
On a personal note, Summerhill is home to many of my favorite wines, including the Spadefoot Syrah, and their Syrah-Malbec Rosé.

See you on the trail!
– Nygel “Nuttin’ but Organics” Metcalfe